„System Change, not Climate Change!“ identifies as a social movement, consisting of numerous activists and initiatives working together in order to push for a solidary solution to the climate crisis. The goal is to address the root causes of the climate crisis, to debunk pseudo-solutions (like emission trading schemes or the illusionary believe in technological miracles) and to advocate in favour of real alternatives. We want to lead the way towards a just socio-ecological society. In order to achieve this goal, a transformation of our economic system is necessary – a transition away from the profit-driven system striving for limitless growth and towards an economy respecting the ecological boundaries of the world around, so a good life for all can be accomplished. We are fighting for climate justice. That is, we are advocating for solidarity with those who suffer the most under the consequences of climate change and the unjust economic system, despite bearing the least culpable of the anthropogenic climate change. 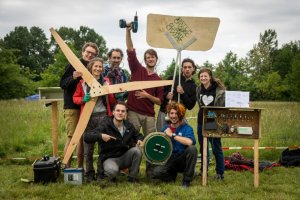 Organizing the Camp devoured many resources of System Change, not Climate Change. Additionally, a small number of people bore the brunt of the workload and pressure. If the Camp was to be continued and the activists wanted to avoid suffering from burn-outs, changes had to be made.

The “Climate Camp baby” is growing up

Thus, a lot of changes were made in regard to the process and the organizational structures of the Climate Camp 2019. On the one hand, we tried to take pressure off of the activists of System Change, not Climate Change in order to free up time and energy for other projects. On the other hand, we tried to appeal to people from different contexts, so as to motivate new activists to join the climate justice movement. 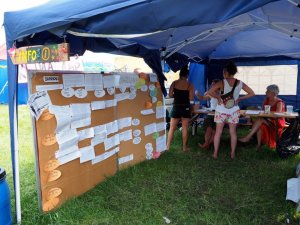 We met both our goals easily! More than 60 people joined the Climate Camp team over the course of the past months. As a consequence of this, however, the necessary structures of organization, communication and decision-making grew too big to be integrated into System Change.

Hence, the Climate Camp is now a self-contained organization, independent in its decisions and financial matters. Both groups, System Change and the Climate Camp, hold their own publicly accessible plenums and organize their workload in their respective working groups.

In order to guarantee a reliable channel of communication between the two teams, a supra-organizational working group was created. This working group meets twice a year in order to coordinate strategies and common positions.

The Climate Camp as a platform for the climate justice movement

Due to these changes, the Climate Camp is more than ever before a platform for the entire climate justice movement. While organizations like Nyéléni or Attac have always been tightly interconnected with the Climate Camp, we are aiming to further establish the Camp as an opportunity for other local or international organizations to exchange ideas and foster cooperation in order to promote climate justice together.

Among others, the European campaign by2020weriseup will be present at this year’s Camp. Furthermore, we are actively inviting newly emerging groups like Fridays for Future and Extinction Rebellion so as to seize the Camp as an opportunity to coordinate and organize together.